Chat with us, powered by LiveChat
Oates Specialties LLC

The Ten Commandments of Pitching - By: Flint Wallace

When I was a coaching in college, I held a meeting with all my pitchers the day before our first practice. The purpose of the meeting was to cover the basic housekeeping rules, such as how practices were to be conducted, how to read and follow the practice schedule, what our expectations were, to discuss the philosophy and plan for pitch utilization, and, finally, to present what came to be known as the Ten Commandments of Pitching. Like most good ideas, this was not original with me.  Rather, I learned the T.C.O.P  from Randy Mazey (now the Head Baseball Coach at West Virginia University) when we coached together at TCU. 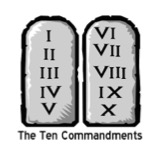 Here are the Commandments I would present and explain:

1. Believe in the philosophy and Execute the plan.

We would discuss the basic philosophy and plan for a couple of days and then the players would have a test. They would have to score a 100 on the test or keep taking it until they did. Then I would bring each pitcher into my office for a meeting and we would discuss how the philosophy and plan would work best for each individual. This helped both the player and myself understand what each pitcher’s strengths and weaknesses were.  This, in turn, helped both of us to know what pitch to throw and when to throw it.

2. Control the Pace of the game.

We discussed the execution of the pitch and keeping the hitter on the defensive and competing in the strike zone. “You will throw a bad pitch,” I would explain, “and you will occasionally give up a hit, but you must keep going right at the hitters in the strike zone. Once you are ahead in the count, you may throw a put away pitch, trying to strike him out.  If you are unsuccessful in getting him to chase, you can go right back to attacking the strike zone.”

4. Understand that your Routine makes you successful.

Your routine is what you do every day to get ready for your next outing. We had a weekly routine for each pitcher. Then we came up with a pre-game routine, an in-game routine, a pre-pitch routine, and a post-game routine. Routines make one comfortable and confident, and comfort and confidence gives you a better chance for success.

We talked about how others feed off of your body language. Both your teammates and the other team respond to how you act, so always act like you are in complete control of the situation and that you will get the job done. This demonstrates that you have confidence. It instills faith in your teammates and fear in the competition.

Focusing is a skill, not a something you are born with. Every skill must be learned and practiced to become proficient at that skill. Recognize when you are focused and remember how you got there. Then practice getting to that state of awareness on each throw in practice. Learning how to focus in practice is how you learn how to be focused in games.

7.  Throw every pitch with Conviction.

8.  Have the ability to constantly make adjustments.

Adjustments are things that will always be a constant. The only thing that is certain is change.  Every mound is different. In fact, every mound changes as the game progresses. Every umpire has a slightly different strike zone and many will, either consciously or unconsciously, adjust it during a game. Adjustments on the pitcher’s part come as a reaction to a missed pitch. You can’t adjust to something if you do not know what to adjust from. So adjustment must be practiced. Throw your drills to different targets, throw from different distances, and throw off different mounds. This will help you development the ability to make adjustments.

9.  Be the best Conditioned athlete on the field.

I refer to the 10% of the game that is not, strictly speaking, pitching, activities such as fielding your position, covering first, picking off runners, backing up bases, putting on plays, catcher’s signs, etc.  I have seen many players loaf at these things during practice, and it always comes back to bite them in the rear. Don't let a mistake in one of these areas cost your team the game. Always give your best in the 10% areas. Make yourself do them right every time.

These Ten Commandments of Pitching are things that I believe are necessary for any pitcher to maximize success. That is why I share them with my players each season. Hopefully they are something you can use to help you this season and in seasons beyond. Unlike the original Ten Commandments, these commandments are not etched in stone, so make minor changes or adaptations as you need to fit your game.

Until Next Time…Keep Getting After It!